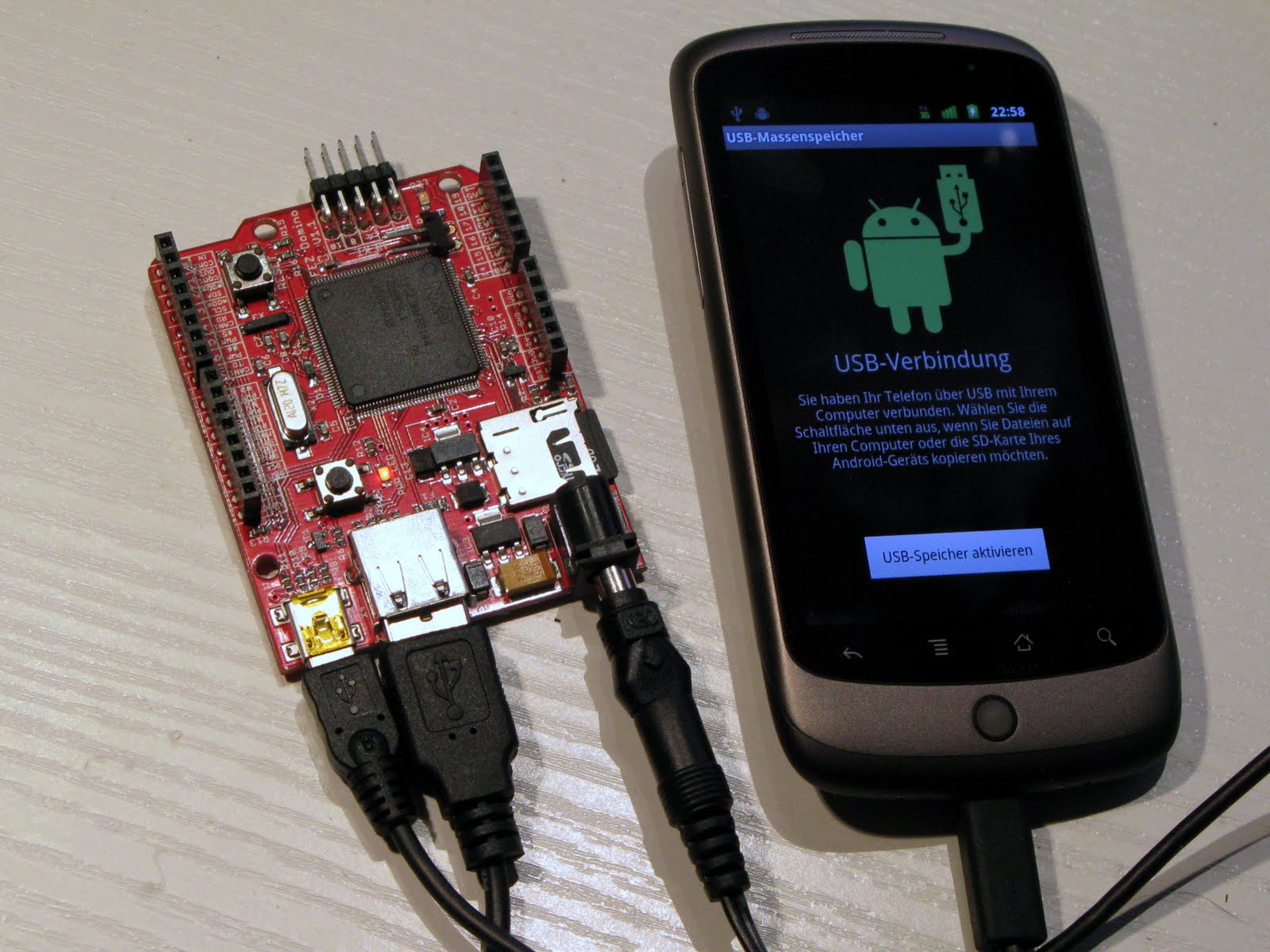 FezBridge is an Implementation of the Android Debug Bridge (ADB) on a .NETMF device, the Fez Domino from GHI electronics. It is based on the MicroBridge project from Inopia alias Romfont. 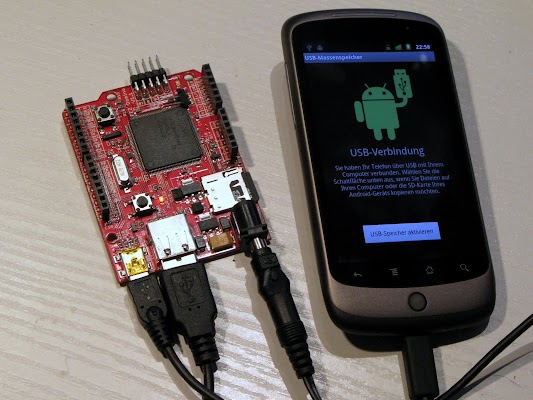 The Fez Domino has an Onboard USB Host controller, so no extra shield is required. An USB Hub is highly recommended to power the Android phone. If you connect the phone directly to the Fez board, the power regulator will be get very hot. Because an Android phone can draw upto 500mA, whne charging.

The software is based on the MicroBridge project for Arduino. Porting it to the .NETMF Plattform was a real challenge. First I need to know a lot about USB devices, like Enumeration, Interfaces or Endpoints and how a connection has to be established between USB host and client. The MicroBridge project as a working example gives me the missing details about the USB communication to get a first version of FezBridge running on .NETMF. 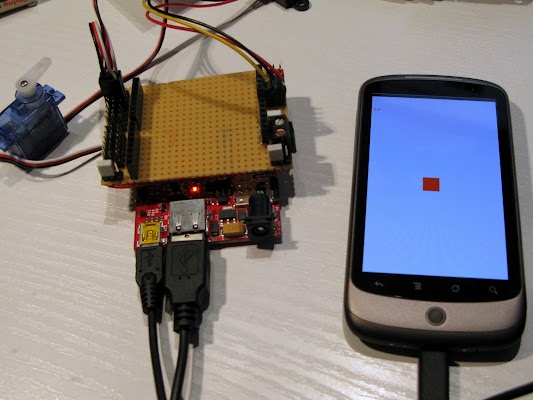 On Android side the ServoControl App from the MicroBridge project has been used, with some slightly modification. A simple ASCII protocol has been used for communication. For example the command:
x:90;y:90;
is for controlling the servos.
a0:15.23456;
is the value of the analog distance sensor. This doesn’t work at the moment. I think it’s a bug on the Java side. Later on I will write my own Android app.

The Video is showing the Android app controlling 2 servos connected on the Fez Domino.