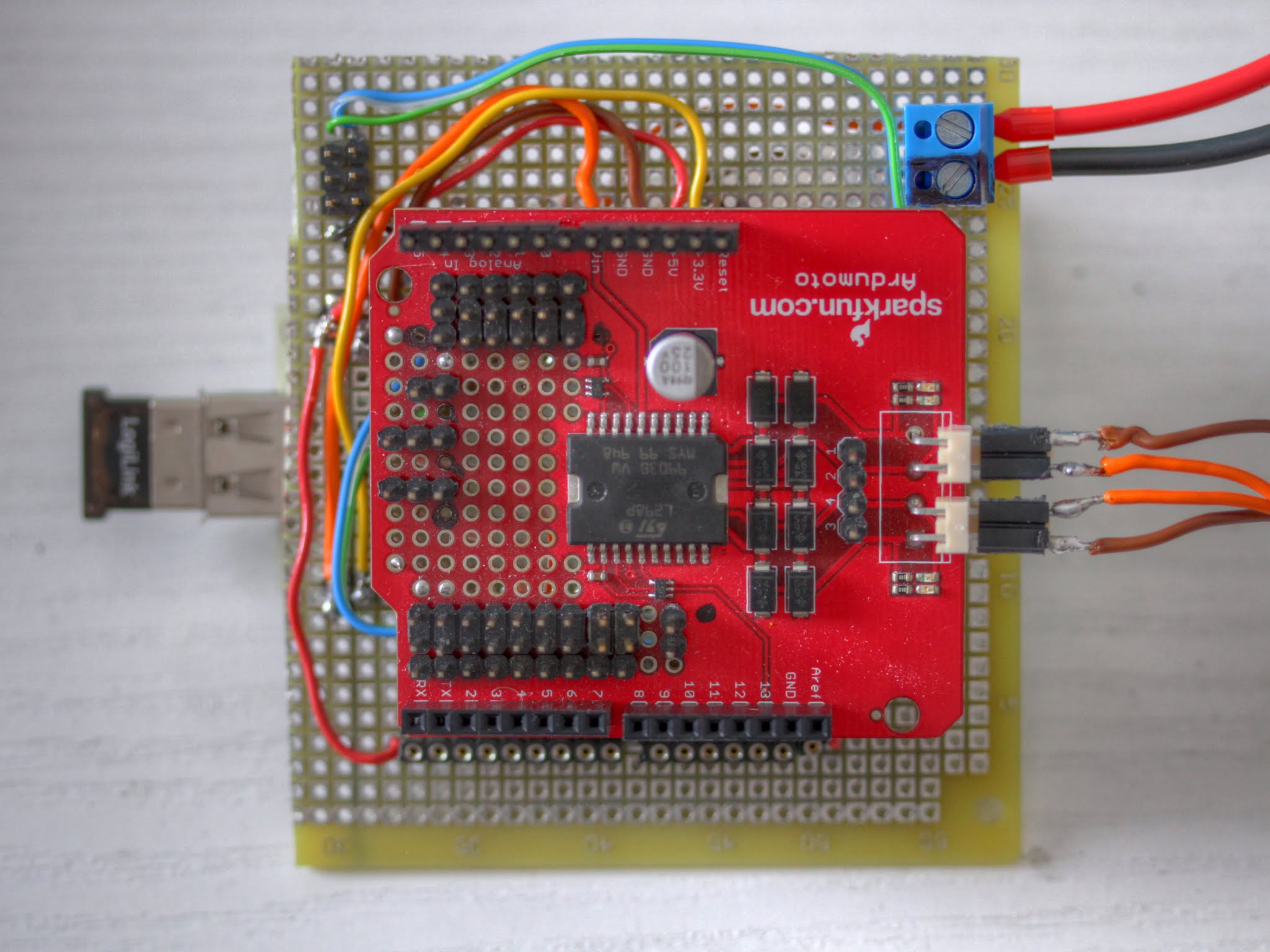 The idea of this project is, to use all Arduino Shields I own to use on the IOIO board. 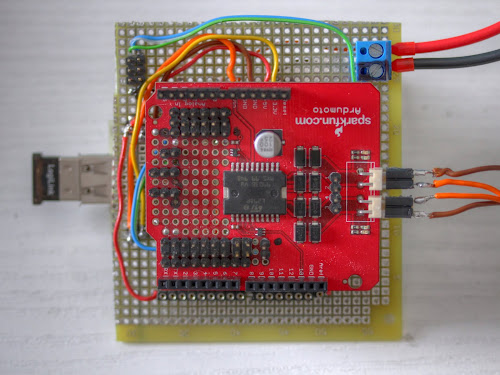 The IOIO Arduino Shield Adapter (IOIO ASA) is the missing link between the Arduino and the IOIO world.
All 14 digital IOs and the 6 Analog inputs has been mapped on IOIO pins. All digital pins are 5V tolerant, most of them can be used for special functions, like UART, SPI, PWM. SIL resistors arrays can be added to the digital IOs as PullUp resistors, needed for true 5V output in open drain mode. The analog pins are connected through voltage dividers, because the IOIO analog pins are not 5V tolerant. The special function TWI on A4/A5 are realized with a Jumper to switch between analog / I2C on these pins. 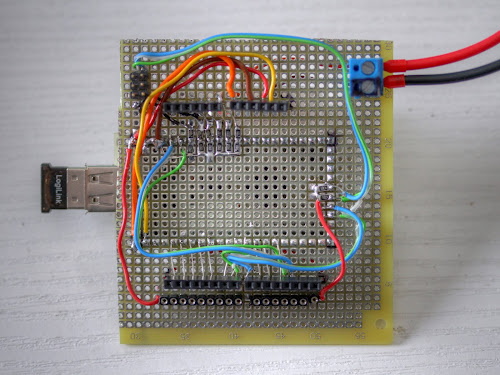 The Arduino Side of the IOIO ASA 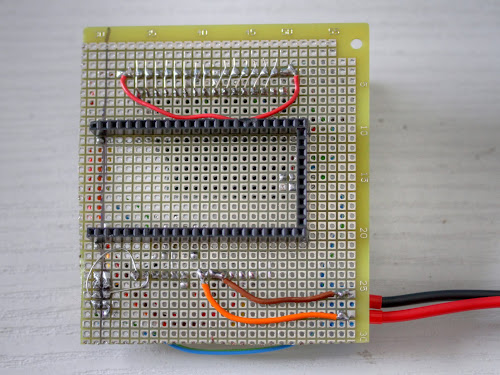 The IOIO side of the IOIO ASA

The Pinout is showing the mapping between IOIO and Arduino pins.

The video shows the IOIO ASA with an ArduMoto shield from SparkFun.