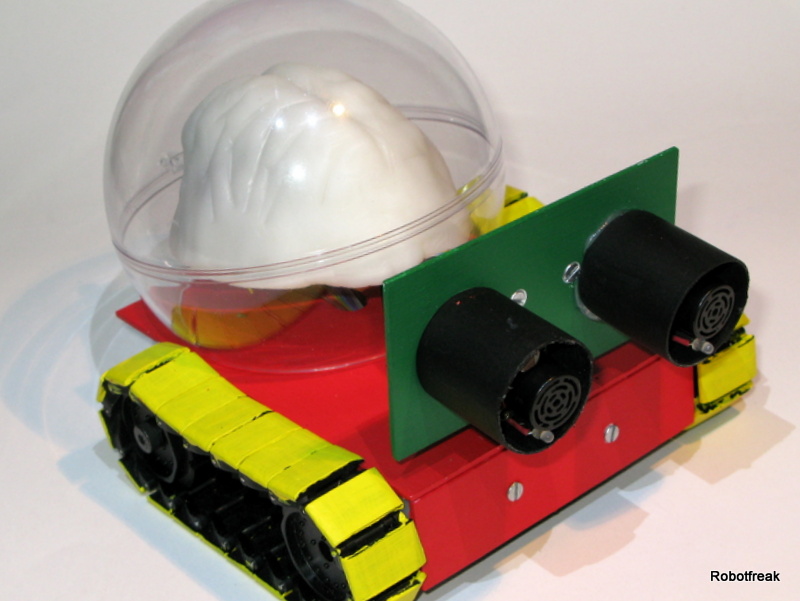 This is my first attempt on building an ‚arty‘ bot.

I didn’t know before I started, that this would be the most time instensive robot I ‚ve ever build. But I’ve learned a lot of new things like: painting, polymorph etc.

As the name suggested, it should look like the robot in the LMR logo. I am not sure if it looks similar, but ok, this is my first art work, so be patient with me. 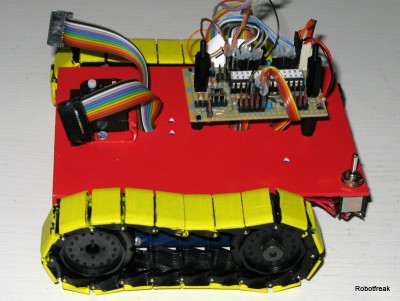 The robot platform is the Robot Rover for Arduino from Robot Shop, decorated with sheets of Polystyrene. The most difficult part was to color the black tracks into yellow. 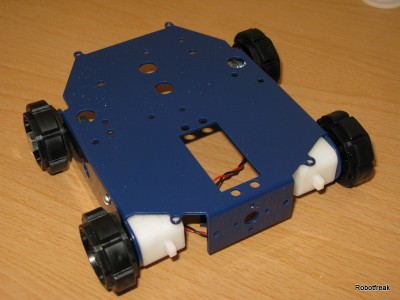 All sensors has been put together with the Duo LEDs into the film rolls. See my blog post about howto connect 2 ultrasonic sensors. 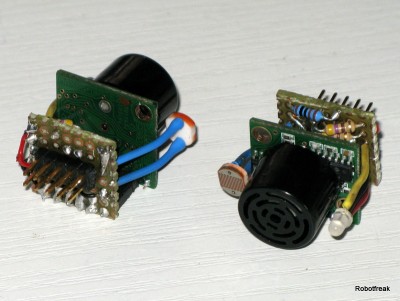 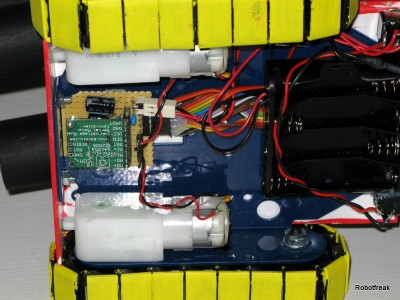 A POV (persistence of vision) display has been added to the LMR Logo-Bot. Now the robot can write messages of light into the air. Because of the low speed of the robot the messages can only be seen by a bulb exposure taken with my digicam. In the second video you can see the POV display in action. 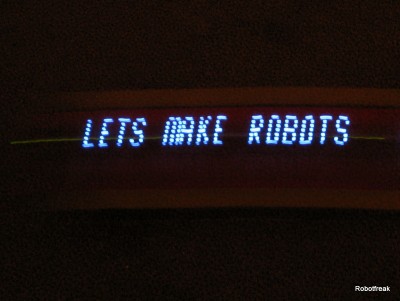 The POV display is made out of 8 blue LEDs. Because I don’t have enough free ports a PCF8574 I2C port expander chip has been used to connect the POV display to the Arduino. 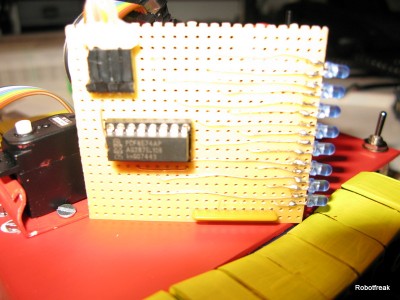