MASHR is my attempt to build a start here robot for beginners. It is Arduino based, but didn’t use a standard Arduino booard. An Romeo all-in-one robot controller (Arduino compatible with motor driver) has been used instead. The chassis is selfmade from a sheet of polystyrol (PS). Pololu wheels and motors give a good traction and the option to add wheel encoders later. 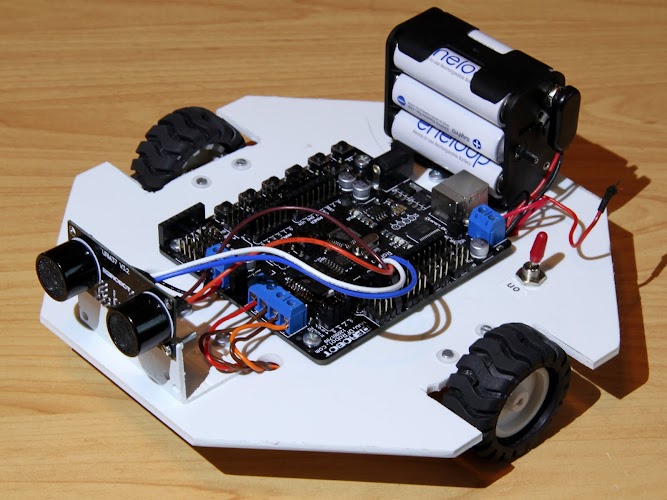 A long research has been done to find the right controller board. It ended up with the decision for the Romeo all-in-one robot controller from DFRobot. It has everything onboard what a cool robot needs: 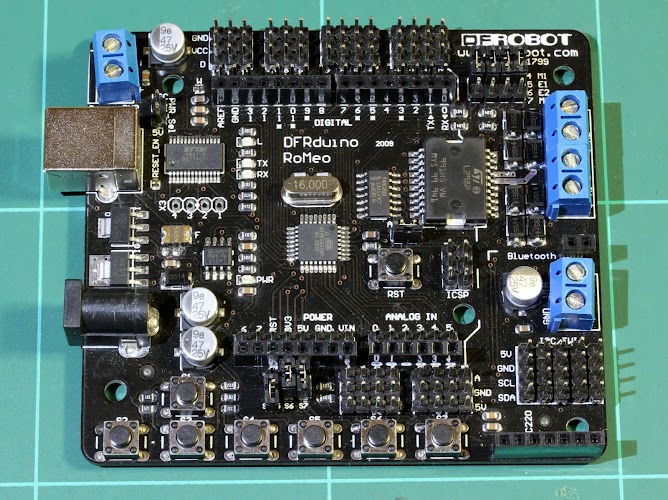 Before I checked different combinations of boards and motor shields for the Arduino. But I didn’t find a suitable motor controller shield.

The parts for the robot should cost around 110$. Here is the part list: 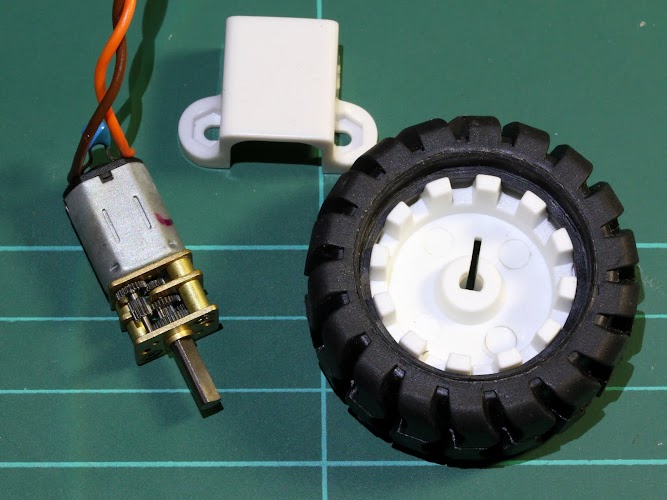 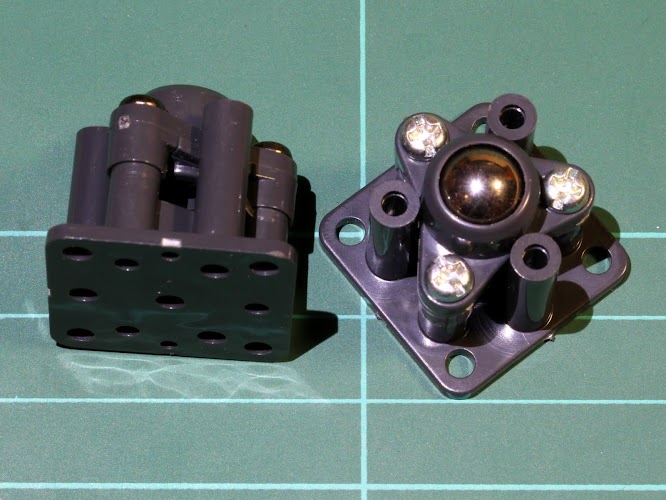 A robot should have a chassis. Instead of a prebuild chassis a selfmade chassis is my favorite choice. Ok, you will need more tools to build your own chassis, on the other side you have the freedom to build it for your needs. For this beginner robot a 2-wheel differential drive is the best choice. The chassis should be a round platform or almost round, the wheels should be placed in the center of the robot. So the robot can turn in place, without bumping into obstacles. Because 2 wheels are not stable at least a 3rd supporting wheel / ball caster on the backside is needed. I added also a 4rd supporting wheel on the front, so the robot don’t fall over on a sharp break.

The chassis is build from polystyrol (PS) and designed with Google SketchUp. A great free tool for 3D CAD. For later use it’s important to draw the chassis in a 1:1 scale. So you can print out your design as drill and cut form. The first video shows the chassis building process. 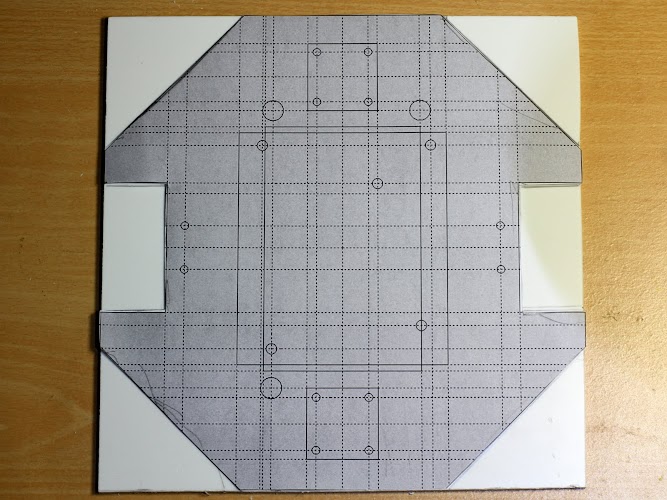 The wheels are mounted inside the chassis, so the robot shouldn’t hang on an obstacle. 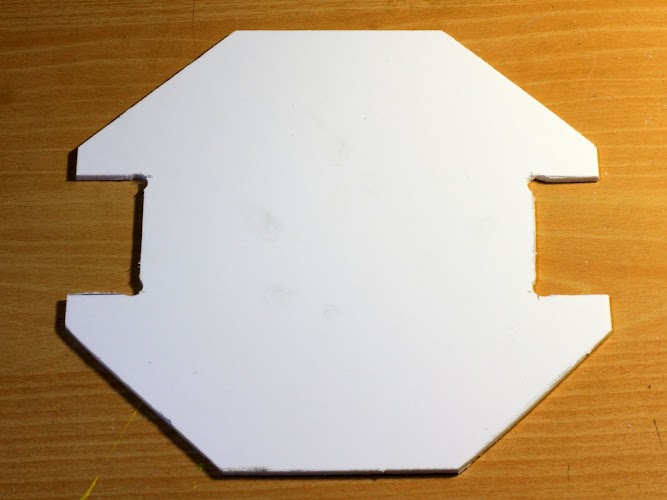 Only one sensor has been used. An ultrasonic range sensor from DFrobot, the URM37 has been used. It has different modes of operation. At the moment the sensor is running in serial mode. 2 processor pin and the Arduino software serial lib is used. 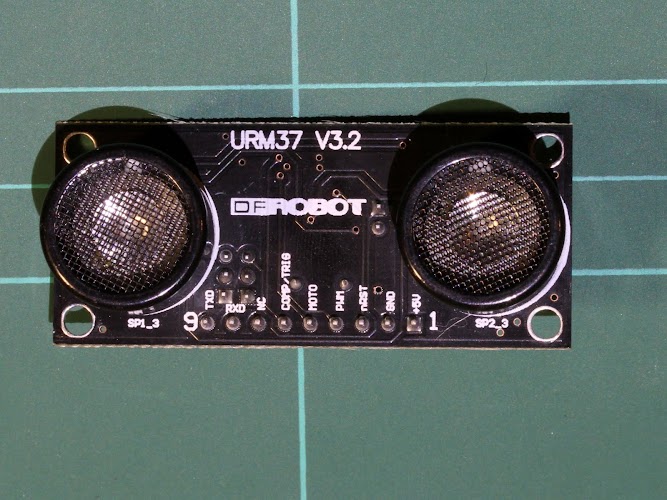 A piece of L shape polystyrol profile has been used as sensor mount. 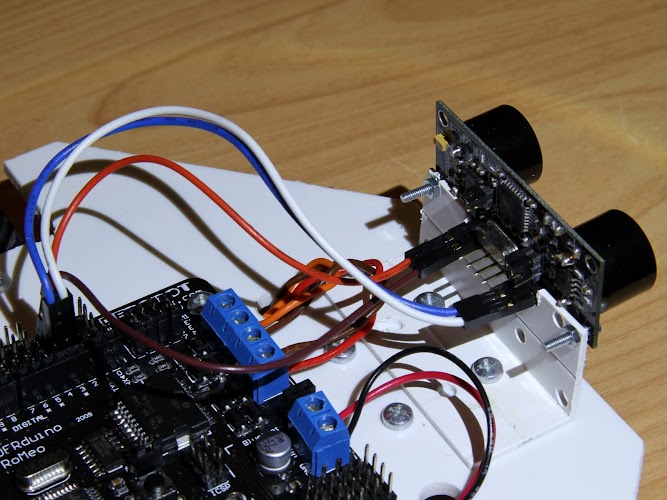 Board and motors where powered by a single 6xAA battery pack, to keep the total weight of the robot low. To power servos from the same power supply a little trick helps. The battery pack gets an second supply output after the 4th cell. This gives 4xAA (4.8V) for servos and 6xAA (7.2V) for the motors. 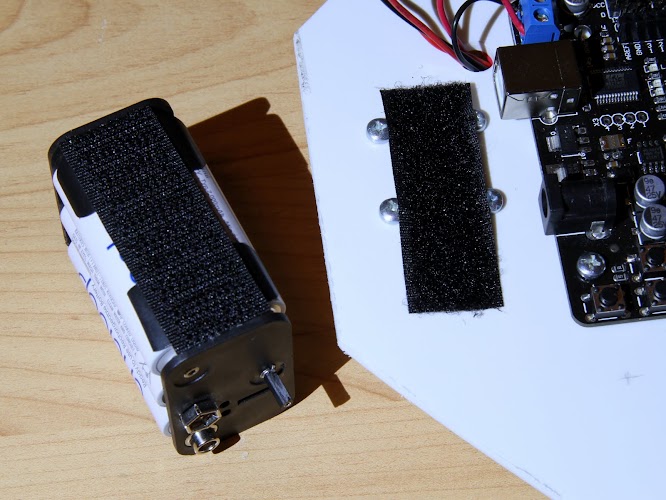 A GoPro Hero HD has been used to shoot the OnBoard video. This camera can shoot HD-Video. It’s not a wireless device, instead the video is stored on a SD-Card. 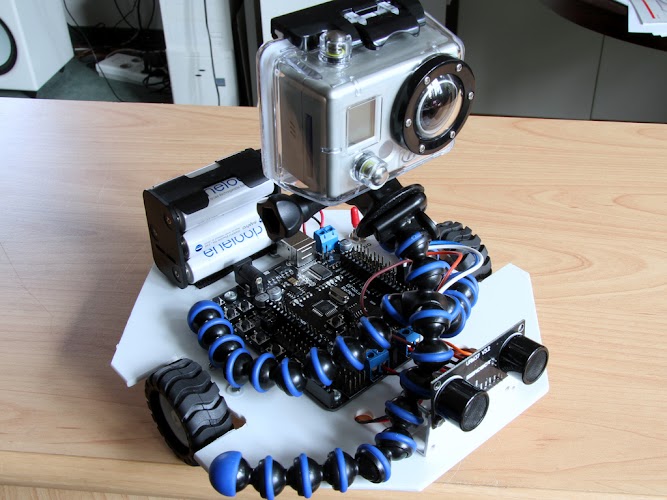 A Sparkfun Bluetooth Mate has been used to remote control the robot from an Android phone, as shown in the 3rd video. The Cellbot application can be used without any modification. A ready-to-use Arduino sketch could be used with only some small modifications.