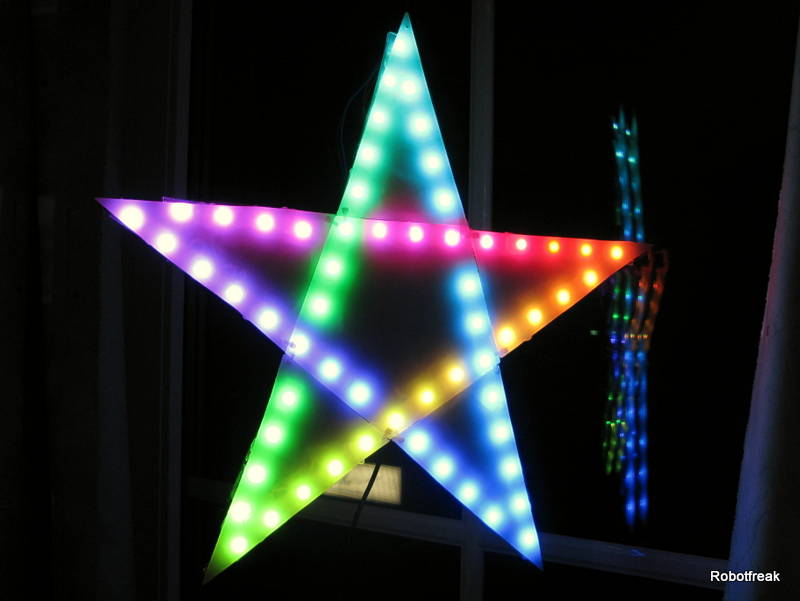 this is my actual christmas project. A star build out of Plexi and an Adafruit RGB LED strip. Controlled by an Arduino controller. It will be used as christmas decoration behind a window of our house. Looks pretty cool at night.

The RGB LED strip is a great device for this. You can control the color and intensity of each single LED. Only 2 Arduino pins are needed to control 60 or more RGB LEDs. The LED strip is like one big serial shift register. A ready-to-use library can be downloaded at GitHub.

The RGB star was created with Google SketchUp. The first sketch shows the prelimary result: 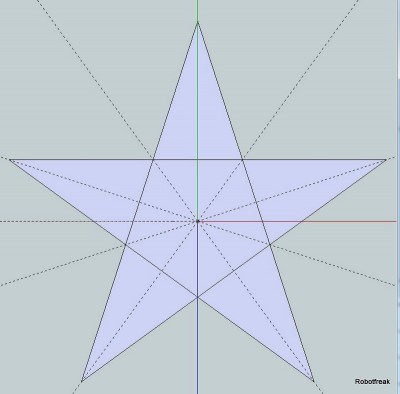 For better usage of the plastic sheet, the star is cutted into pieces (5 triangles, 1 pentagram)

The front view of the finished RGB star:

At the moment only a slightly modfied Adafruit example is running. Later on I will add an IR Receiver to switch between different modes of operation or change duration time and color with an IR remote.