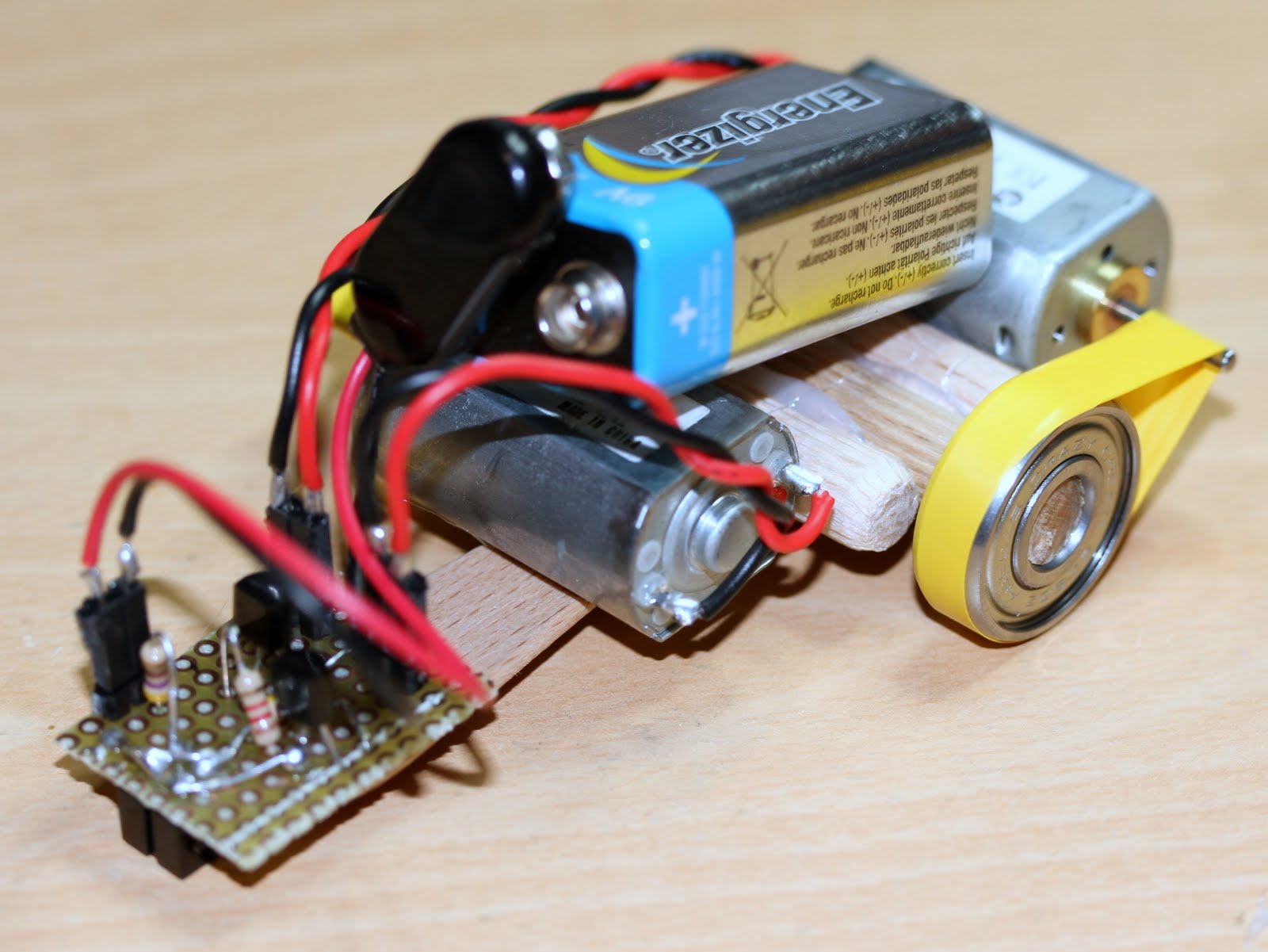 Spurt is a brainless line following Beambot. It is based on the Spurt-Mobil from the University of Rostock / Tech. University of Berlin. It is a very cheap robot platform, easy to build. 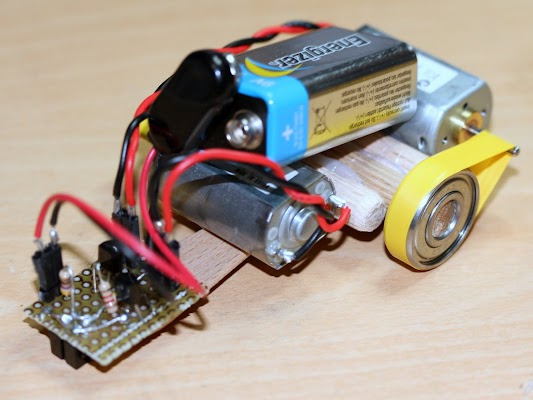 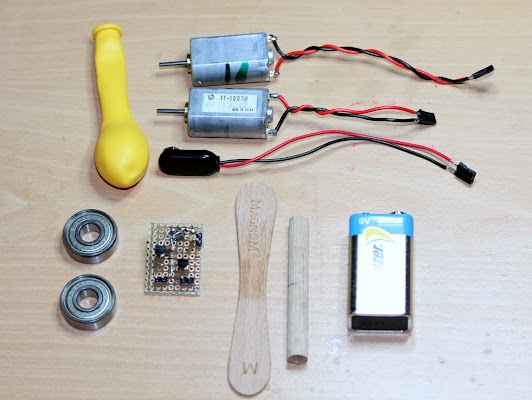 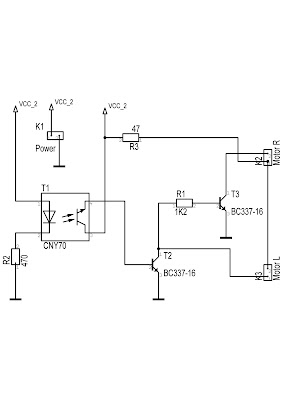 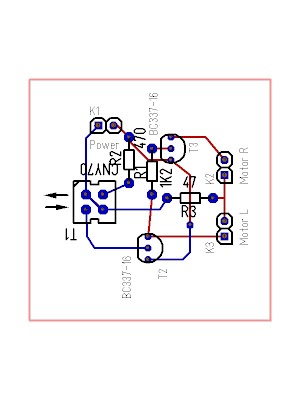 All electronic parts has been placed on a littel piece of veroboard. It is easier to replace the electronics for further work. 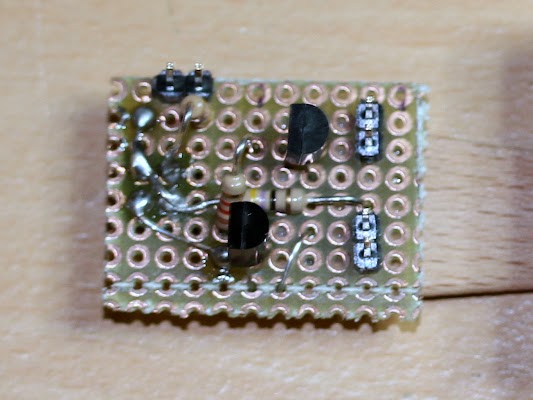 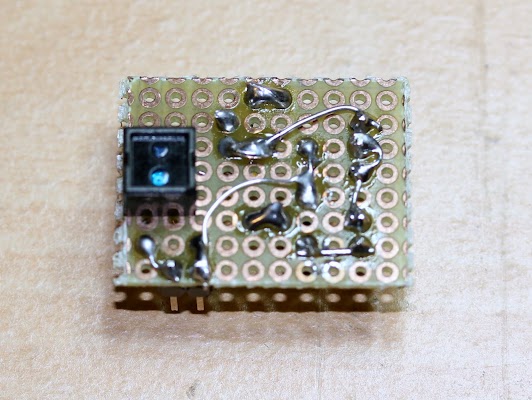 The chassis is made of wood. An ice cream stick holds all the part, attached with hot glue. The motors have no gears. Lline shafts build from a ballon has been used to drive the wheels (standard inline skater rolling bearings). 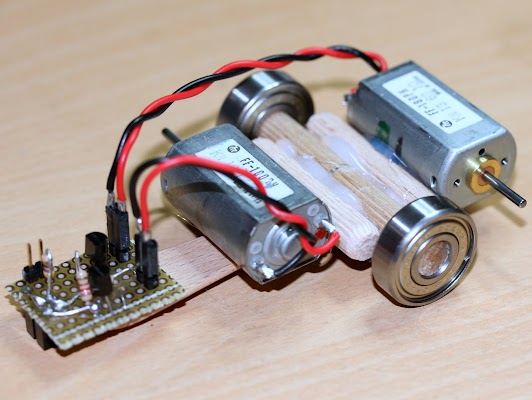 The video shows the Spurt robot in action.

I think about a double line sensor board, a light follower board and an obstacle avoider beambot. Maybe a CPU based version later.